How many know what I mean if I would ask you “Do you want to GO FOR A COKE?”

Back in the day all coke, soda, pop, or soda-pop came in glass bottles.  When a few friends were standing around a vending machine someone would  say “Go for a Coke?”  It meant someone (the looser) would end up reimbursing everyone what they paid for their coke.

The bottom of the bottles always had the city of a bottler molded in the glass.  The person that received a bottle with the city the furthest away, would be safe. This continued through the group of friends until the one with the bottle showing closest city, became the loser.  The loser reimbursed everyone their nickle, dime, or quarter depending on what the price was in your day.

There were several variations. Sometime the furthest away collected from all playing.  Walking away with several Cokes worth of change.

You would be getting out dollar bills nowadays.

Below is a collage of photos taken at some Ghost towns I have visited. 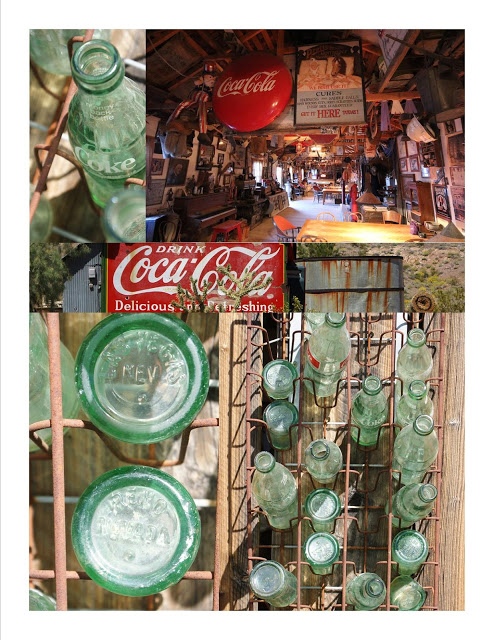